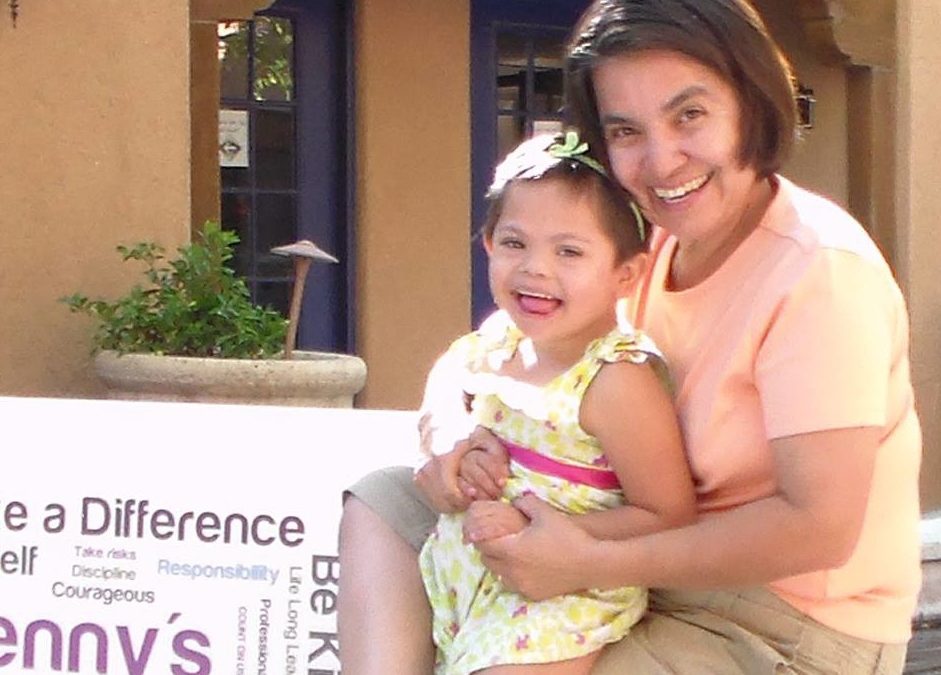 My name is Magdalena Moreno. My daughter has be receiving speech therapy at Jenny’s Speech and Learning Clinic with Maura since the clinic opened in 2014.

My expectations for the future of my child (she is a five year old girl with Down Syndrome) are an ever changing roller-coaster. I will give an example so you can understand what I am talking about. For about the last year she is the designated “Grace Giving” child at out dinner table. Our prayer, the one that my 14 year old gave every night for years is long and in Spanish.

The first time she was given the responsibility of saying Grace, she was proud of herself. I would say one word and she would repeat it as closely as she could. It was a long process that took about 5 minutes and ended up with everybody clapping to celebrate her effort. This is when I started thinking and dreaming that my child would be in a spelling bee in the near future. I figured that this was my child’s start to richer speech.

Some months passed and she started resenting the long and tiring effort of repeating meaningless words in Spanish. She would not accept that the “Grace” responsibility be transferred back to her brother. To her understanding, Grace Giving was hers and she was proud of it; but it was hard. So she started ignoring my words. She would mumble the words and finished with a loud “amen”. This was received less enthusiastically but still with clapping. I secretly started questioning my own expectations for my daughter’s speech.

My daughter is clever. She needed to find another way to give Grace without the difficulties of human speech. One night, she decided to try a different approach. She knows other languages like “horse”, “elephant” and her most scary roar “lion”. One night when it was time to give Grace, she answered in horse language “brr”, indicating that it was the language she wanted to do it on.

After that night, when the table is set and people are on their seats, I ask her if she will do Grace in horse, elephant or lion. She tells me the answer and starts her speech. She still ends her long Grace happy and satisfied. Her father, brother and me are too hungry to explain to her that at the table, she should do human Grace. This will be another night. For now, we can all learn “horse”, “elephant” and “lion” languages. They are not too difficult and they are very useful to get out of tough situations. I only wish there was animal language spelling bees.